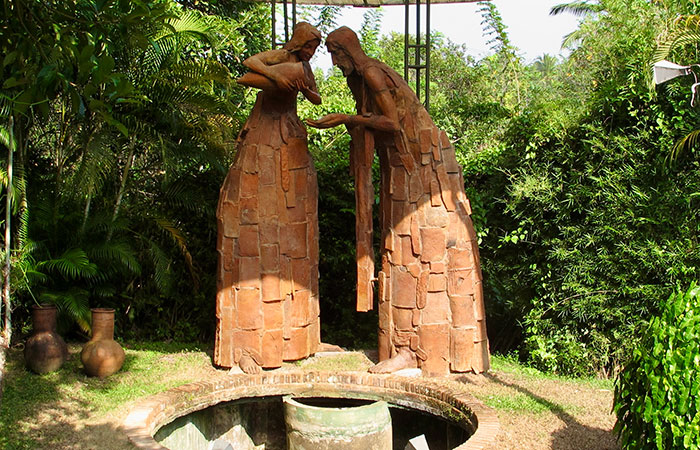 To celebrate the official launch of the Centre for Ecclesial Ethics we are delighted to welcome Professor James Keenan SJ to deliver our inaugural lecture A Different Church is Possible: Embracing an Ecclesial Ethics of Vulnerability on Thursday 2nd December 2021 at 6 pm GMT (London time).

At the opening of the global Church Synod, Pope Francis invites us to create not another Church but a different Church, that is open to the newness that God wants to suggest through a deep attentive listening, accompaniment and encounter with all the people of God.

In this inaugural lecture James Keenan will explore how an ecclesial ethics of vulnerability, that is predicated on the risk-taking vulnerability of God, can offer a pathway of renewal for a different, attentive and vulnerable Church in its service of a fragile world emerging from Covid.

James Keenan is the Canisius Professor of Theology and Director of the Boston College Jesuit Institute, and has recently been named vice provost for global engagement. He is an internationally renowned moral theologian who also co-directs the University’s Gabelli Presidential Scholars Program. He was at the heart of founding Catholic Theological Ethics in the World Church, a worldwide network of some 1,600 theological ethicists and practitioners in 2002. The organization has transformed the field by bringing together thousands of Catholic theological ethicists from more than 70 countries to learn from one another and speak out on pressing issues, such as climate change and migrants and refugees. Fr. Keenan served as chair of the CTEWC from its founding until he stepped down in 2018. Under his leadership, the CTEWC convened several conferences around the world, published a book series, and launched a scholarship program to support the next generation of ethicists.

Fr Keenan is an accomplished scholar who is the author/co-author or editor/co-editor of numerous books, including Moral Wisdom: Lessons and Texts from the Catholic Tradition; University Ethics: How Colleges Can Build and Benefit from a Culture of Ethics; Catholic Ethicists on HIV/AIDS Prevention, which won an Alpha Sigma Nu Book Award, and The Bible and Catholic Theological Ethics, which received recognition from the Catholic Press Association. For 20 years, he was the editor of Georgetown University Press’ Moral Traditions series, which produced more than 50 titles.

Background to the Centre for Ecclesial Ethics

The Centre for Ecclesial Ethics has been established with the aim of enabling, empowering and equipping the Church local and universal, as communities and individuals, to become a good and better Church in its witness to the gospel of Jesus Christ as the pilgrim people of God.

The Centre is at home within the Margaret Beaufort Institute of Theology, Cambridge and is located within the Catholic Church in England and Wales. Its focus is however both within and beyond the ecclesial shores of the United Kingdom, where it hopes to develop and sustain mature relationships and partnerships of learning and practice with the wider international Christian community.

The Centre finds its academic home within the domain of ecclesial ethics, yet engages across disciplines, and its foundational method is one of dialogue and encounter, that is rooted in listening and learning.

This event is online.

Add Event To Your Calendar