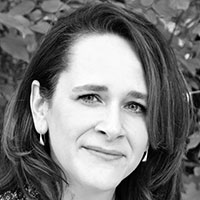 Elizabeth Phillips the Director of Studies at Westcott House and Honorary Fellow of the Department of Theology and Religion, Durham University. She taught Christian ethics and political theology in the Cambridge Theological Federation and the Faculty of Divinity for nine years before one year as a Visiting Scholar in the Institute for Criminology (University of Cambridge) as part of her collaboration with Learning Together.  As part of a British Academy funded Learning Together action research project led by Drs Ruth Armstrong and Amy Ludlow, she has co-convened and ethnographically researched a course on ‘The Good Life and the Good Society’ in which Cambridge students learned alongside students resident in a high-security prison. She then spent one year at MBIT as the 2020 Research Fellow. Her doctoral thesis for the University of Cambridge was a theological ethnography of an American Christian Zionist congregation and their adopted settlement in the West Bank, examining the relationship between eschatology and politics.

Dr Phillips is an international leader in the fields of Political Theology and Christian Ethics. She is author and editor of books and articles used widely in teaching in both the UK and the US. She is a Steering Committee Member of the Political Theology Seminar of the American Academy of Religion and former Honorary Secretary of the Society for the Study of Christian Ethics. She is trained in interpersonal mediation and enjoys teaching conflict transformation. She is active in interfaith engagement and participated in the Building Bridges Seminar for three years.

Funded by the Plater Trust and based at MBIT with Director of Research, Dr Férdia Stone-Davis, Flourishing Inside aims to develop rich, targeted theological and ethical resources for pastoral work in prisons which is informed by and contributes to Catholic social thought.

Forthcoming in the Theopolitical Visions series, Dr Phillips is editing a collection of her work under the title Apocalyptic Theopolitics: Essays and Sermons on Eschatology, Ethics, and Politics.

Political Theology: A Guide for the Perplexed (Continuum, 2012).

‘The Problem of Race in Christianity’ in A World of Inequalities: Christian and Muslim Perspectives, edited by Lucinda Mosher (forthcoming from Georgetown University Press).

‘Cultivating the Common Good at the Margins of the Commons: An Ethnographic Portrait of Transformative Pluralism in a High Security Prison’. Political Theology 21.4 (2020): 339-357.

‘Saying “Peace” When There is No Peace: An American Christian Zionist Congregation on Peace, Militarism and Settlements’, in Comprehending Christian Zionism: Perspectives in Comparison, edited by Göran Gunner and Robert Smith (Fortress Press, 2014).

‘Charting the “Ethnographic Turn”: Theologians and the Study of Christian Congregations’, in Perspectives on Ecclesiology and Ethnography, edited by Pete Ward (Eerdmans, 2012).