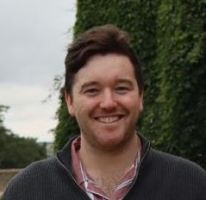 Michael Hahn is a theologian, medievalist and ecclesiastical historian whose main areas of research are the late-medieval mystical traditions and the development of Franciscan theologies, institutions and identities. Michael gained a PhD from the University of St Andrews for a thesis which examined the distinctly-Franciscan nature of Bonaventure and Angela of Foligno’s mystical theologies, having previously gained degrees in Theology and Ecclesiastical History from St Andrews and Oxford. Michael is currently an Andrew W. Mellon Postdoctoral Research Fellow at the Pontifical Institute of Mediaeval Studies in Toronto as well as Tutor in the History of Christianity for the University of London’s distance-learning degree programme in Divinity, having previously taught at the University of St Andrews and York St John University and is also an external lecturer for Sarum College’s MA in Christian Spirituality.

Michael continues to work on several aspects of Franciscan mystical theology especially in the works of (or about) Francis and Clare of Assisi, Bonaventure and Angela of Foligno, and his wider research interests include late-medieval hagiography, spirituality, pilgrimage, gender and poverty. Over the next few years, Michael is engaging in a research project entitled From Umbrian Laywoman to the Teacher of Theologians: How Angela of Foligno was made Magistra Theologorum. This project examines how the (probably illiterate) laywoman Angela of Foligno (d. 1309) gained a reputation as a theological teacher within her own lifetime – despite contemporaneous suggestions by Thomas Aquinas and Henry of Ghent that women could not teach theology – and how her Liber circulated widely after her death causing Angela to posthumously gain traction as a theological teacher. Within Angela’s own lifetime, she was referred to by one of her followers as an “expert and teacher of these [spiritual] things” (experta et horum magistra) and within approximately fifty years of her death she was identified as the “teacher in the discipline of God” (doctrix disciplinae dei) of Wisdom 4:8 fame. Perhaps the most-heady title given to Angela came in 1624 when the Dutch Jesuit Maximilian Sandaeus called her the “teacher of theologians” (Magistra Theologorum), a title then repeated in the Acta Sanctorum. Certainly, this is quite the title to be attributed to a medieval illiterate laywoman, and this project will trace this influence up to 1624 by examining Angela’s developing reputation in a range of figures who were key contributors to the mystical, theological and ecclesial landscapes of their days who also varied in confessional and religious identities and in geographic locations.

Michael is currently working on a monograph based on his PhD thesis and his recent and forthcoming publications include:

Michael has also recently been featured on a new podcast on mysticism (across religious traditions), My Favourite Mystic, where he spoke about Angela of Foligno. The podcast can be found on Spotify and is available online here: https://anchor.fm/myfavouritemystic.