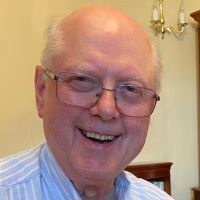 Peter Coughlan has licentiates in philosophy, theology and canon law from the Gregorian University, Rome, and a doctorate in theology, University of London. He specialised in liturgy at the Pontifical Liturgy Institute at Sant’Anselmo, Rome, and worked in the Vatican’s Consilium for the Implementation of Vatican II’s Constitution on the Liturgy, at which time he wrote a book titled The New Mass: a Pastoral Guide, and co-authored a three volume pastoral commentary on the new Sunday lectionary, alongside smaller publications regarding the liturgical reform.

For four years Peter studied at the Accademia Ecclesiastica, staff college for the Vatican’s diplomatic service, and later went on to work at the Asian desk of the Vatican’s department for Interreligious Dialogue. In 1980 he was appointed Under-Secretary of the Vatican’s Council for the Laity, where he worked until 1991. While there he was closely involved in the establishing of the World Youth Days and, following the Synod on the Laity in 1987, he wrote a book titled The Hour of the Laity. During this period Peter was for nine years a member of the Joint Working Group between the Catholic Church and the World Council of Churches.

From 1993 to 2017 Peter was executive director of a non-profit organisation, based in San Francisco, concerned with promoting educational and infra-structure projects in the Indo-Pacific, work that included a book prize in fiction and nonfiction aimed at fostering greater empathy and understanding of and within that region. In those years Peter also became a visiting lecturer at Heythrop College in ecclesiology and ecumenism, and lectured in environmental ethics, with an especial focus on climate change and sustainability.